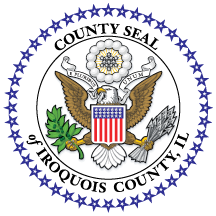 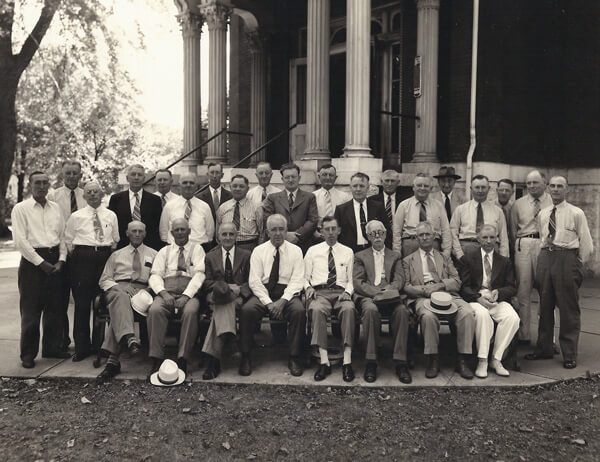 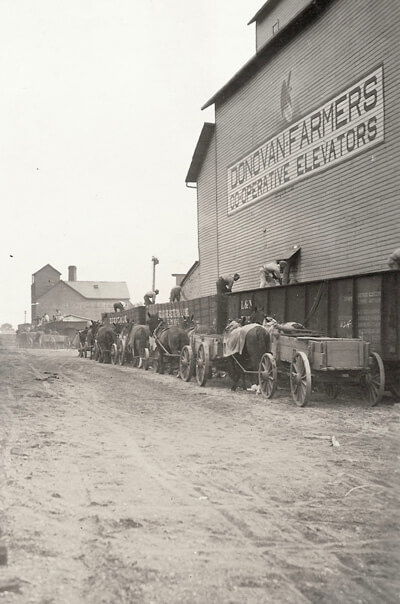 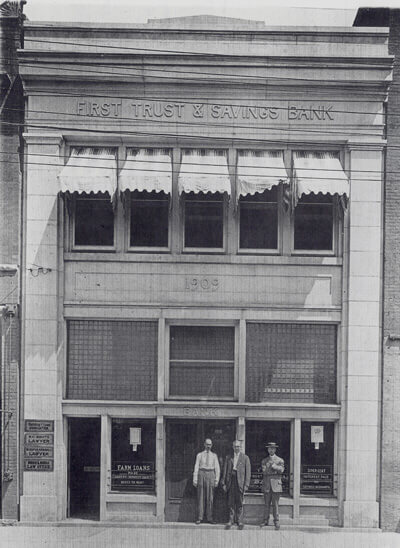 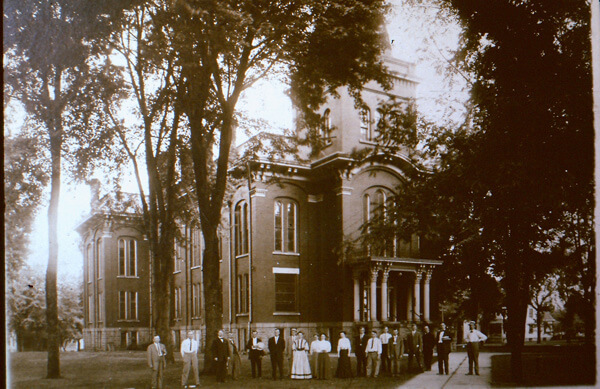 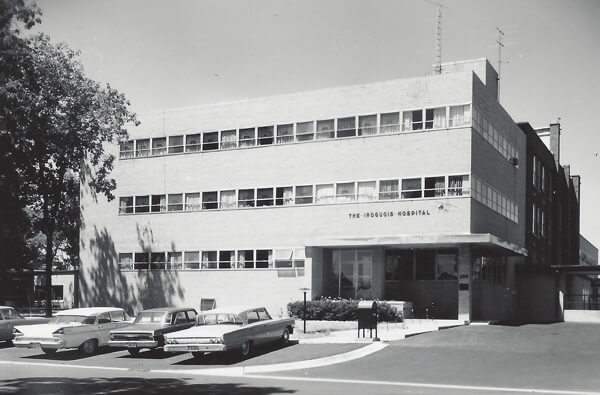 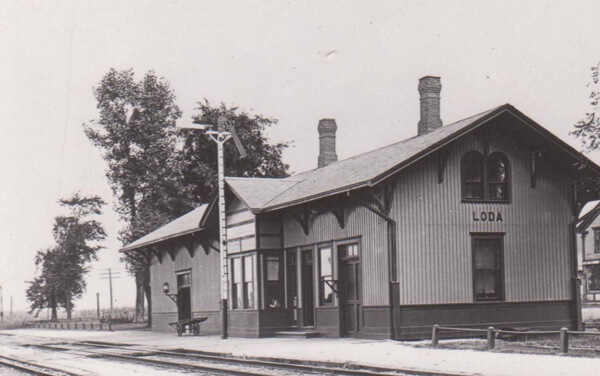 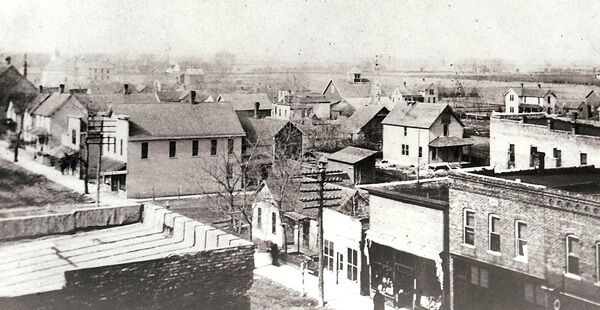 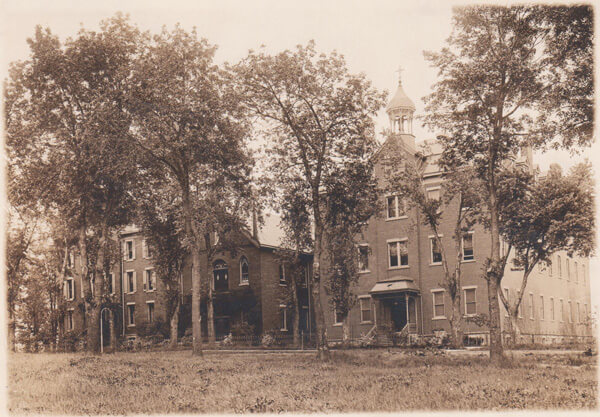 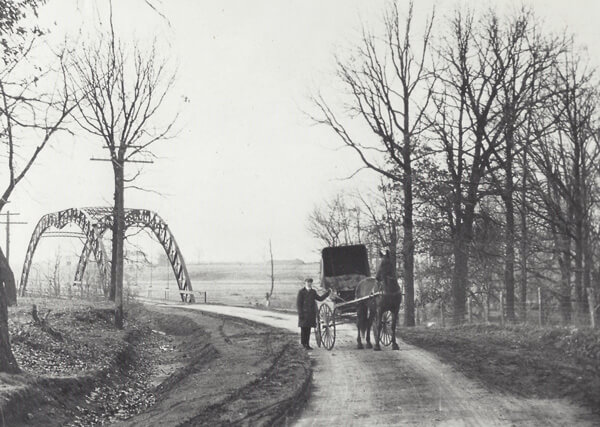 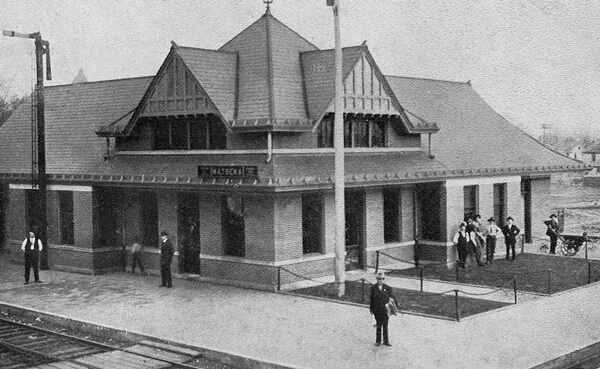 Iroquois County is the only county in the United States having the name “Iroquois,” a name originally applied to a confederation of tribes of North American Indians. According to tradition, a band of Iroquois Indians was once surprised and defeated upon the banks of the river now known as the Iroquois, by a war party of Illinois Indians, hence the name of the county and the river.

Iroquois County is bounded on the north by the county of Kankakee, on the east by the State of Indiana, on the south by Vermilion and Ford Counties, and on the west by Ford County. Iroquois County in area ranks third in the state, being 35 miles long and 32 miles wide, and containing 1,120 square miles, only 130 square miles less than the state of Rhode Island. This county is exceeded in size only by McLean and LaSalle Counties in Illinois. Watseka, the county seat, is located a few miles east of the center of the county.

The territory included within the present boundaries of Iroquois County was subjected to various states of political evolution before the present county organization was perfected. Under the charter of 1609 and supported by General George Rogers Clark’s request, Virginia laid claim to all the country north and west of the Ohio River and organized it as the county of Illinois.

In the year 1784, Virginia surrendered her claims to the territory to the government of the United States. This vast domain afterward became known as the Northwest Territory. While the Illinois country was still a part of the Northwest Territory, in the year 1790, we find Iroquois County a part of the county of Knox and so contained until February 3, 1801, when it became a part of the county of St. Clair, belonging to the Indiana Territory. The Illinois Territory was established by act of Congress on February 3, 1809.

This county continued to be a part of St. Clair County until the 14th of September, 1812, when upon reorganization it became a part of Edwards County. In the year 1816 the Iroquois country became a part of Crawford County and there remained until Illinois was admitted into the Union in 1818.

This county continued to be a part of St. Clair County until the 14th of September, 1812, when upon reorganization it became a part of Edwards County. In the year 1816 the Iroquois country became a part of Crawford County and there remained until Illinois was admitted into the Union in 1818.

When Illinois was admitted as a state, she had fifteen organized counties. One, Crawford County, embraced all the part of the state lying north of a line running east and west near the present site of Louisville, Illinois, the county seat of Clay County. It also included the area east of the third principal meridian, which runs due north from the mouth of the Ohio River.

In the year 1853 Kankakee County was created from territory which had belonged to the counties of Iroquois and Will. Thus, Iroquois was limited to its present boundaries.

In 1835 the town of Montgomery offered the county 20 acres of land on which to locate a permanent county seat. This land was located just east of Montgomery and was platted down as a town site in 1836 under the name of Iroquois. The offer was accepted, and the county seat was established in Iroquois. No buildings were erected so space was rented for county offices and a courtroom in Montgomery. As no town ever developed at Iroquois the plat was later vacated.

After the establishment of the county seat at Middleport, the first county building to be erected was a jail. It was made of hewed logs and was 16 x 20 feet in size. It cost the county $159.30.

In 1843 it was decided to build a courthouse. This was to be a two-story brick structure, 40 x 40 feet square. The downstairs was to be the courtroom with offices for the county officials upstairs. To defray the cost of the new building, the sum of $1,506 was appropriated for county funds. To this was to be added the receipts from the sale of the remaining town lots given by Middleport for locating the county seat there. Still another source of funds was anticipated. The county owned some land along the Salt Fork River west of Danville. This land had salt springs on it and was part of some similar land given by the federal government to Vermilion County before Iroquois County was formed. It had been hoped that the salt springs would be developed commercially, and the income was to be used to build a bridge over the Vermilion River at Danville and the Iroquois River at Montgomery. The land was never developed so Iroquois County retained a share of either 40 or 80 acres (the record is 40 or 80 acres (the record is not clear). It was decided to sell this land, and a representative was sent to Danville to dispose of it. The best offer he could obtain was in trade for a horse. The trade was made, and the horse taken to Chicago and sold. The records do not say how much this transaction added to the courthouse building fund. The new building was completed in 1847.

In 1858 the Peoria and Oquawka Railroad was building its line east from Peoria to the Indiana state line. The route was surveyed through Middleport, but a dispute arose in regard to the town donating land for the depot ground. A group of land owners to the southeast of Middleport offered a proposition to the railroad. This offer was accepted, and the route ran south of Middleport. A new town, called South Middleport, came into being about a mile southeast. The name was changed in 1865 to Watseka; and upon incorporation of Watseka, Middleport become a part of that town. The old courthouse in Middleport was abandoned and a new one built in Watseka. All that remains of the old courthouse completed in 1847 is the square on which it stood. This is now a small park located one block west of the West Watseka School. A picture of the courthouse appears in the large painting on the north wall of the present circuit court room.